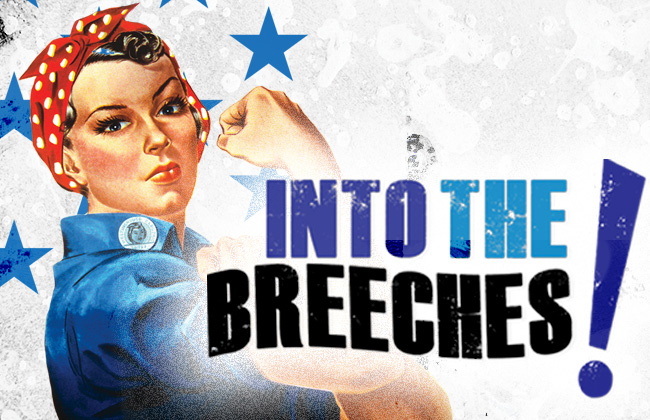 Asolo Rep continues its 2019-20 season with George Brant’s INTO THE BREECHES! Helmed by Cleveland Play House Artistic Director Laura Kepley, this bright new comedy, set during World War II, puts the women on the front lines. INTO THE BREECHES! previews February 12 and 13, opens February 14 and runs in rotating repertory through March 21 in the Mertz Theatre, located in the FSU Center for the performing Arts.

It’s 1942 in Sarasota, Florida and all of the men are off at war, including all of the leading players of one of the local theatres. But with an ambitious season of Shakespeare’s Henry IV, Parts 1 and 2 and Henry V on the horizon, how could the show possibly go on? Enter a group of wildly determined and passionate  —  albeit inexperienced — women who are determined to keep the theatre’s doors open. This surprisingly modern and moving new play celebrates the singular way that art and community reveal our boldest selves even in the darkest times.

“INTO THE BREECHES! is one of those rare comedies that infuses humor with a profound, provocative message,” said Asolo Rep Producing Artistic Director Michael Donald Edwards. “We are in the midst of one of the greatest gender revolutions of all time, and INTO THE BREECHES! inventively explores the evolving roles of women and men through the lens of World War II. Helmed by Cleveland Play House Artistic Director Laura Kepley, a colleague I deeply admire, this fresh new comedy is also a hopeful love letter to the arts and celebration of the power of live theatre.”
Laura Kepley has served as the Artistic Director of Cleveland Play House since 2013, where she has directed the world premieres of Tiny Houses by Chelsea Marcantel, Fairfield by Eric Coble and The Good Peaches by Quiara Hudes, which was a collaboration with The Cleveland Orchestra. She has also directed for The Alliance Theatre, Cincinnati Playhouse in the Park, Chautauqua Theater Company, Contemporary American Theatre Festival, Syracuse Stage, Trinity Rep, and many others. She previously helmed The Heidi Chronicles at Asolo Rep in 2013.

“I have had the great good fortune to be with this play since its inception,” said Laura Kepley. “It has been one of the most gratifying experiences of my career to watch how artists and audiences respond to it. What continues to surprise me is how incredibly moving the play is. I’ve known from the beginning that it is an extremely funny piece but I was not prepared for how deeply this comedy would touch audience’s hearts.”
The cast features Asolo Rep favorites Matt DeCaro  (Ellsworth Snow) and Peggy Roeder (Winifred Snow). It also features Grant Chapman (Stuart Lasker), Diana Coates (Ida Green), Madeline Maby (Maggie Dalton), Tina Stafford (Celeste Fielding), who are new to Asolo Rep’s stage this season. FSU Asolo Conservatory students Jillian Cicalese (June Bennet) and Amber McNew (Grace Richards) round out the company.
INTO THE BREECHES! had its world premiere at Trinity Rep in 2018. Since then it has played at the Alabama Shakespeare Festival, Northlight Theatre, Cleveland Play House and more. Playwright George Brant adapts the play to be set in the city in which it is playing to add local resonance. Brant’s other plays include Grounded, Marie and Rosetta, Elephant’s Graveyard, The Mourners’ Bench, Any Other Name, Salvage, Grizzly Mama, Three Voyages of the Lobotomobile, and Dark Room. An Affiliate Writer at the Playwrights’ Center, his scripts have been produced internationally by the Public Theater, the Atlantic Theater Company, Cleveland Play House, the Alley Theatre, Trinity Repertory Company, the Studio Theatre, City Theatre, the Gate Theatre of London, Page 73, and the Traverse Theatre, among others. 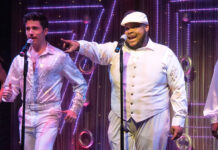 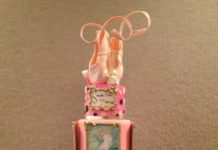 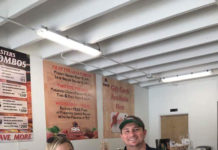 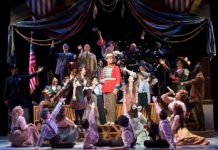