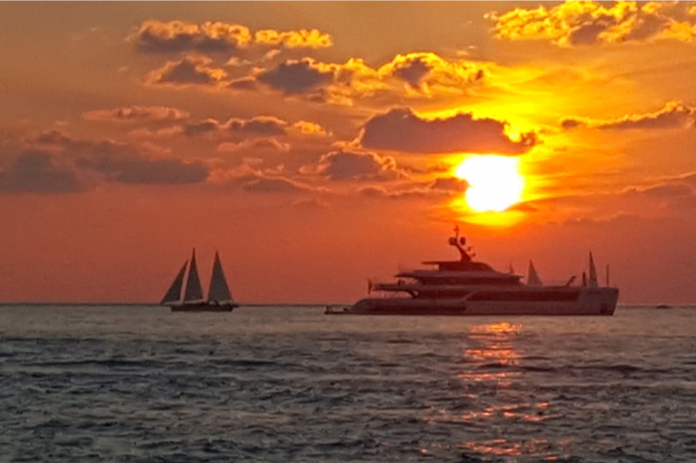 As the crow flies, Key West is relatively close to Sarasota. But as the roads wind, it’s a hike: Six hours or 375 miles by car. A helicopter would only take two hours door-to- door, but the cost would be $4,000. So we began our quick trip with an 1:45 minute drive to Ft. Myers Beach to catch a ferry service south.

The Key West Express continues to draw big crowds. The ships leave each morning from Ft. Myers (and Marco Island) and come back each night from Key West. You can stay for a day– or for as long as you can. It was Erin’s first voyage, but I’ve taken the ferry before. She was concerned about her tendency to get sea sick, but it wasn’t an issue. This is no dingy. Seating ranges from restaurant-style booths, to tables and chairs to airplane-style seats with tray tables. Passengers can—and do—get up and walk around throughout the trip. From sight-seeing on the windy top-deck, to watching a movie on the many TVs on the main two floors. Concession stands do brisk business. The trip takes about 3-and- a-half hours, but doesn’t drag since—unlike a car or airplane—you can really move around and do your own thing.

We intended to visit friends renting a condo in Key West for three days and two nights, but an impending storm forced us to cut our trip in half. Knowing we had to jam a lot into a short time, we made the most of our time in the southern tip of Florida:

Our first order of business was to rent bikes. We found a vendor named “Barefoot Billy’s” and took out a couple of bikes with baskets, bells—and drink holders! Riding bikes is the best way to see and get around the key. It’s not a very big place, only 7 square miles.

Our first activity was educational in nature—the Harry S. Truman Little White House. Our guide, Bill, was straight from central casting. A walking encyclopedia, complete with a dry self-deprecating wit. He was full of fun facts about the former naval base that Truman used for 175 days during while in office.

We rode our bikes back down to the harbor and enjoyed a sunset at the nightly street carnival known as Mallory Square. Here you see a wide variety of entertainers—from musicians to magicians and everything in between. Some of these folks are very talented and aren’t afraid to guilt you into a tip if they catch you lingering too long. We peddled onto the main drag called “Duval Street.” It’s only a little over a mile long, but it is packed end to end with shops, restaurants and more shops. We enjoyed an exhilarating 90-minute lap of the key! Some of the group decided it was too choppy so they stayed behind (and shopped) while some of us had the time of our lives. (Credit to Barefoot Billy’s staff: They were very helpful and instructive. Safety is a huge concern while operating these watercrafts and they don’t take it lightly.) The crew also took pictures of us in action which came out better than the usual cornball stuff offered at theme parks after you find . (Easy to see who the thrill- seekers are in this group!) Peter has a variety of tours– and comes with years of experience.

After lunch and a little tennis at our hosts’ condo complex, we went for a helicopter tour above Key West. Peter Closi owns Air Adventures. His pilot, Abi, gave us a ten minute tour high above the key where we were able to get a better perspective of the area, and see some beautiful scenery. I rode in the front, which was great.. while the girls stayed on the ground. (Easy to see who the thrill-seekers are in this group!) Peter has a variety of tours– and comes with years of experience: Turns out he worked in radio and TV “air borne” traffic in Palm Beach and Orlando before relocating to Key West.

Our next stop was the Ernest Hemingway Home and Museum. A beautiful old Florida house from the early 20th century, complete with hardwood floors, fans and another entertaining tour guide. He showed us the separate quarters where Hemingway did his writing which has been kept in immaculate condition.

Our weather-shortened trip made our visit only 30 hours—but we certainly made the most of it. Erin watched a James Bond movie on-board during the trip back to Ft. Myers while I got some work done. We had a whirlwind couple of days and have fond memories of our stay-cation within Florida.

(Note: A special shout-out to the fine folks at Key West Attractions. They lined up a series of great ideas—ranging from water sports to museums. The Visitors Center is open seven days a week and is behind Sloppy Joe’s. In writing these articles the past seven years it’s amazing that the destinations that need marketing the least, do the best job. Key West, Palm Beach, and Nantucket bureaus are SO helpful, while the destinations that need the extra marketing-power offer the least! Hmm.) 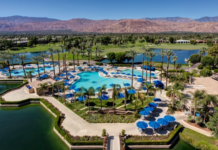 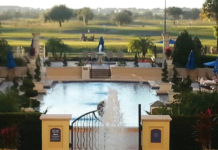