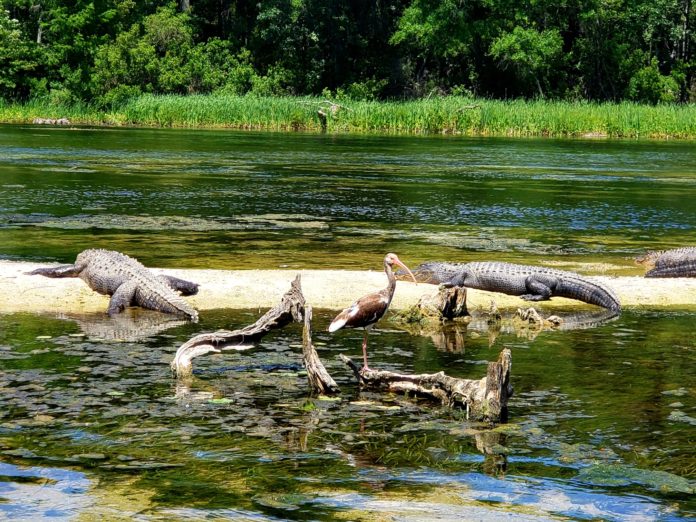 That was my impression—so when I was asked to drive a few hours north to do an article about it, I didn’t know how I possibly could find anything new or unique to write home about.

Boy, was I wrong!

Our hotel was in the heart of downtown, a DoubleTree by Hilton a couple blocks away from the capitol. From our 12th story suite, we had an excellent view of the legislative area—as well as a glimpse of that other campus known as FSU. Did you know there are 70,000 college students in Tallahassee?

We went up to the rooftop restaurant/bar called “Eve on Adams,” named after the fact the hotel is on Adams Street.  From there we had a near 360 degree view of this beautiful city. People come from all over the city to hang out and this fun restaurant/bar with indoor and outdoor seating.  We were there early for breakfasts and came back after dinner for a nightcap.

One of my favorite parts of this hotel is the ability to park your car in the attached garage—and easily access it from the hotel!  I like having the ability to come and go as I please, not have to wait for my car or pay somebody each time to bring it to me.

After exploring the hotel, we cleaned up and were able to walk to one of the nicest restaurants in town. I asked a friend of mine who has been involved in Tallahassee politics for years, and he said “Il Lusso” is the best.  Perfect start to our weekend.

The interior of this Italian restaurant is stunning. You just know you like a restaurant in the first few seconds as you’re being walked to your table.  The place is spacious, trendy and clean.  It was a well-dressed friendly crowd.

The only thing as good as the ambience was the food:  Prime steaks, seafood, handmade pasta and a wide selection of wine.

For appetizers, Erin had Crispy Brussels ($9) and I had a wedge salad called Insalata Gorgonzola ($14).

For our entrees, I had the Fettucine ($23), and Erin had the Tagliolini Cacio e Pepe ($18)—which was pasta tossed with pepper and cheese, so simple but delicious. The waiter helped us choose a smooth Pinot Noir called GL Willakenzie from the Russian River Valley in California.

For dessert, she had a Ricotta Cheesecake ($8) and I had Affogato—2 scoops of ice cream in a coffee cup with a shot of espresso ($8). Excellent.

It was a 5-star experience—made better by the ability to walk half a block back to our hotel where we were greeted by smiles at the front desk.

After a hot breakfast at the roof-top restaurant, we headed off to get bikes at The Great Bicycle Shop on Thomasville Road.  The Manager, James Olmstead, was kind enough to come in on his day off to set us up with a couple Giant hybrid bikes.  He even put a cell phone holder on my handlebars so I could follow the GPS to get us to the bike path he suggested.

Cool bike shop.  Loaded with options ranging from a $125 unicycle to a wide range of traditional and motorized bikes. The store has been around since 1971!

James showed us a website called “Trailahassee” that profiles the various trails from which to choose.  Tallahassee has over 700 miles of trails!  Unbelievable. He suggested we link up to the Cascades trail which worked out perfectly.  We were able to also ride through the campus of FSU, and swing by the Governor’s Mansion and see that beautiful 1956 home.

Poor James wasn’t done with us yet.  I hit something in the road that caused my tire to pop.  He rushed over to change the tire and get us back in business in minutes.  Great guy.

Back to the hotel, we showered up and set off to find an early lunch. We had seen a fun restaurant just steps from the capitol on South Adams Street—so we decided to give that a try.  There is no better location than Andrew’s Downtown.  It must really be packed in March during the legislative session. There’s a large patio outside—and a big restaurant inside.

We sat outside among all the locals and enjoyed a great meal.  I had a Chicken Caesar Salad ($16) and Erin had Tuna Poke Wonton Tacos ($12).  Great meal, and an even better opportunity to sit and relax under an umbrella in the heart of downtown and catch our breath. Andrew’s Downtown has live entertainment each weekend.  They’re also known for a brunch and lunch buffet.

With our stomachs now full, we set off for something completely different 25 minutes away in Wakulla Springs.  We boarded a riverboat to check out one of the largest and deepest freshwater springs in the world! We saw alligators, turtles, plenty of fish and birds—and even a deer on the shore.

It felt great to sit back and listen to the guided tour and soak in all the beautiful nature passing by our boat. This is something I would never think to do—but Tallahassee has plenty of options, far beyond being a political and college down.

Back at the hotel, we were able to spread out and decompress for a couple hours before dinner. Our suite has separate TVs—so Erin could watch her favorite cooking shows in the bedroom area, while I could go in the living room and catch up on my work and have sports on ‘my’ TV in the background. The suites also feature a kitchen area as well!

Here are the stats on the DoubleTree hotel:  242 guest rooms and suites, 10 thousand feet of newly remodeled event space and a big pool on a lower deck just outside our window.

We heard good things about a small restaurant a few miles away, so we decided to check out “Mimi’s Table” for dinner.  Small place with plenty of class and character.  I asked our waiter, Billy’ if Mimi was the chef’s mother-in-law or something—and without a hint of surprise at my guess he said, “Yes, it is.”

We had a chance to meet the Chef—and owner—William Laws—who made the rounds to check on all the diners.  Great guy—who says he wants to eventually buy a place in Sarasota.  I gave him my real estate card. (I thought “Laws” was a good name for a guy who lives in the state capital.)

Erin and I split Wild Sea Scallops for an appetizer. Jumbo scallops, grilled corn, salsa and arugula ($16). For dinner, she had the Surf & Turf —which was a 6-ounce filet, 5 shrimp, potato gratin, grilled asparagus and red wine demi ($44).

I went one step further and had the Beef & Reef—the same thing except a lobster tail instead of shrimp. ($54).

We had coffee and ice cream and talked about our good fortune stumbling on another great meal in a completely different atmosphere as the previous night.

Make no mistake, my eyes are opened to a side of Tallahassee I didn’t know existed.  It is a heck of a lot more than I ever realized.  It’s obviously a particularly important city in our state—but it is also a fun place to blow off steam, have a little fun and experience another side of Florida—one with hills.

The tourism bureau sums it up with their catchy tag line: Visit Tallahassee: Pretty. Unexpected.

We will be back!

Ray Collins has written over a hundred articles for Family Beautiful and reviewed 60 resorts, cities and destinations around the country.  To see other articles, go to www.raycollinsmedia.com/articles 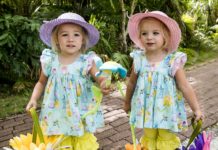 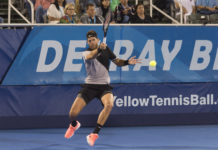 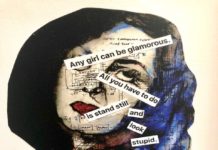 Pardon Me While I Blaze Some Trails 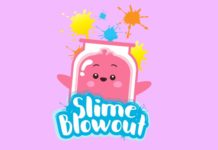