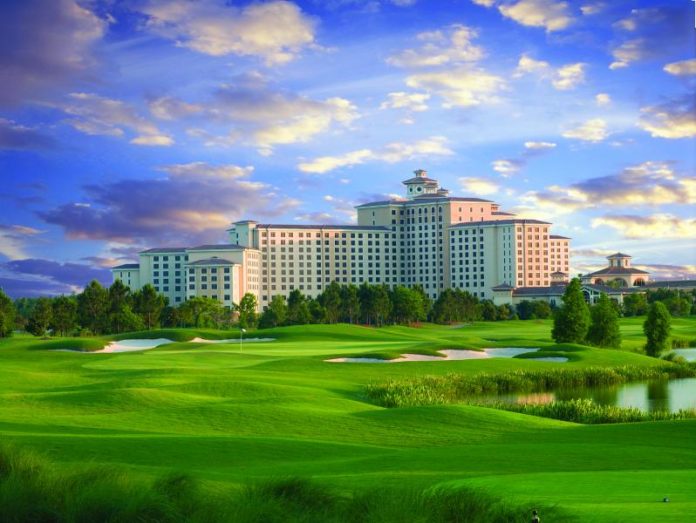 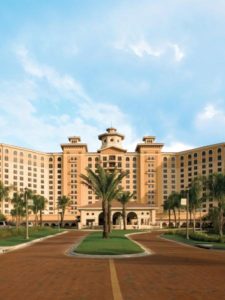 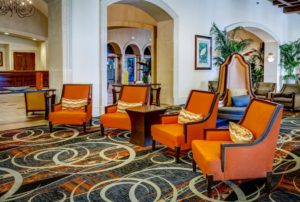 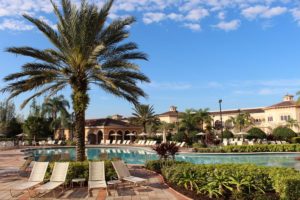 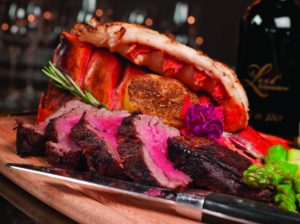 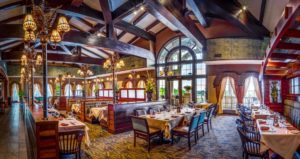 A weekend in Orlando is not always what one might conjure up as luxurious and relaxing. Think again. The stunning, mega luxury resort, Rosen Shingle Creek is just what the relaxation Gods ordered!

Situated very close to the I Drive area, but far from the maddening crowds and overly touristy strip, this grand dame of a resort is an imposingly beautiful structure that boasts 1501 rooms and vast amounts of luxury meeting space- in the hundreds of thousands of square feet.

The feel is old Florida luxury on a grand scale. The lobby is magnificent with floor to ceiling windows overlooking the 4 fabulous pools and meandering on to the Arnold Palmer designed golf course. Legend has it that Harris Rosen was surveying the area when he originally was in the process of developing the resort. The creek, Shingle Creek was rather dry at the time, was a bit of an eyesore, however he then researched it and found that it is the northernmost headwaters to the Everglades watershed, Hence the name, Rosen Shingle Creek. There are lovely nature trails on the property that make a great small adventure and nature experience.

We were more focused on the fabulous, luxury suite and the superb views of the pool areas. There are 4 unique choices, a very large, zero entry pool for the younger set and families, which is very popular. There is a fantastic lap pool, kids pool and our favorite, the luxurious pool with the cabana areas. We languished all day in our lavish, luxury cabana, with fans to cool off, a flat screen to connect with and our own server checking on us all day. Just perfection.

Deciding on where to dine at the resort is quite difficult! The options are nothing short of a city of restaurants! We opted for the acclaimed spot of old Florida luxury grandeur, A Land Remembered. The signature steakhouse, this is a spectacular venue. Ushered to our table by the excellent staff, we knew we were in for a special treat. The knowledgeable waiter, Bob was impeccable in his recommendations. We started with an incredible trio of Maryland official crab cakes, that were a foodie’s delight. Crisp and tender, these melted in your mouth. We also had the diver scallops, blackened with a light beurre blanc sauce- this was probably the absolute best scallop preparation I have ever had. Then we tried the seared ahi tuna with herb crust and Napa slaw, citrus vinaigrette and chili pepper – delicate and rare on the inside and charred to perfection just around the edges- this was incredible!

The main course was something out of a food network episode. The bone in filet mignon with lobster was truly remarkable. The meat melted in your mouth and had a wonderful taste of the marrow as you got closer to the bone area. This was truly a delicacy.

Dessert was a sextuplet of different delights- including a flambeed crème brulee’- as well as chocolate creations such as chocolate mousse, strawberry cheesecake, A Land Remembered key lime pie and fresh berries.

Fortunately, we were able to walk back to the room- and work off some of the fabulous meal!

Speaking of working off some of the incredible cuisine, the Spa and Fitness center was divine. The spa offers a multitude of treatments ranging from scrubs to deep tissue, couples’ massages. The fitness center is super well equipped and has state of the art equipment from weights, to circuit training and more. Really a great gym experience!

About the Rosen Hotels and Resorts- the company that comprises of 9 hotels and resorts, is privately owned and operated by one of Florida’s most successful hoteliers and philanthropists, Harris Rosen. Just who is this enigmatic CEO and visionary?

Rosen should have known he was destined for fame as a child riding the elevator of New York’s famed Waldorf Astoria with his father, Jack, the hotel’s directory of safety. Joseph Kennedy—the father of John, Robert and Edward Kennedy—and Marilyn Monroe (yes, at the same time) were among the celebrities Rosen encountered there.

On the side, Jack Rosen would draw caricatures of the hotel’s famous guests and get them to sign the drawings. Nikita Khrushchev, the former head of the Soviet Union, cracked one of Jack’s ribs delivering a bear hug in approval of his likeness hours after banging his shoe during his infamous speech at the United Nations.

Harris Rosen inherited some of his father’s talent. As a 10-year-old, he drew a likeness of Robinson, who broke Major League Baseball’s color barrier in 1947. The Brooklyn Dodgers star liked the picture so much that he came to Rosen’s school and signed it. Rosen keeps the framed autographed drawing on his wall and notes the first of his four children is named Jack after his father and the baseball star.

The legend and stories live on and the Rosen brand is expanding. However, they believe in strongly giving back. At University of Central Florida, Rosen began a program responsible for sending about 250 students to college, with some going on to graduate from the Rosen College of Hospitality Management, a part of the University of Central Florida, built on 20 acres adjacent to Rosen Shingle Creek the hotelier donated to the school in 2004.

Rosen hopes it serves as a model for other like-minded businessmen to follow. “Our dream is that every underserved neighborhood in the United States will have a program similar to what we’ve created,” says Rosen, who is exploring the possibility of adopting another disadvantaged South Florida neighborhood. “If that comes to pass, we will change America.”

A legendary hotel with a superb concept. 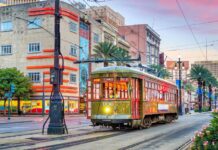 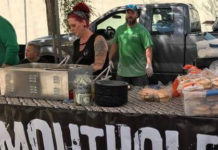 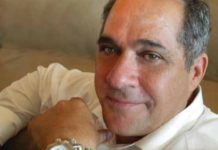 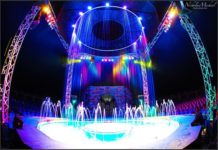