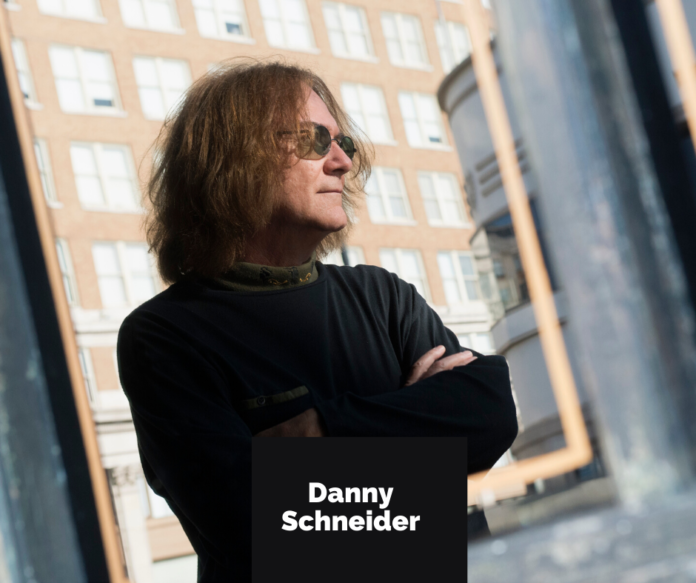 After many years on the Los Angeles music scene, Danny Schneider has a list of accomplishments that anyone would be proud of. Immediately after relocating from northern California, Danny began producing multiple music CD’s and performed up and down the Sunset Strip at The Roxy, Troubadour, and The Whisky as a solo artist and along with his high energy, neo punk unit Speed Limit. Speed Limit enjoyed local radio airplay with a clever version of Nancy Sinatra’s, “These Boots are Made for Walking” which was featured on KROQ-FM Radio. Television wasn’t too far behind as Danny showcased on KNBC’s – Today in LA, all while garnering reviews in Billboard, Cashbox and Music Connection Magazine and various other L.A. newspapers. Aside from being an artist, Danny was busy giving others on the west coast a platform to be heard on: The Danny Schneider Show of Music, which aired throughout the L.A. area on most cable outlets.

It seems Danny covered it all as a “Do It Yourself Artist”. He found he had a strong foundation and returned back to Sacramento. With routine road trips back to L.A., Danny continues to collaborate with local talent and he also enjoys his work with Warren Media and Marketing for the National Association of Music Merchants (NAMM) trade show each year in Anaheim. On my sit-down interview with Danny, he expands on his fresh new vision and how he has found a way for his music to help others. Enjoy my interview with Danny Schneider and hear more details about his exciting new project.

DW – Greetings Danny, I know that you are extremely busy with your new band ‘Neon Flamingos”, what compelled you to take on this new project?

DS – Well, it’s evident there is a homeless problem in the Sacramento area and many suffer from terminal illness. I have been truly affected by what I see. One day I was brain storming in the studio with my producer and recording engineer D Michaels. It was during the recording of my latest album, we happened to see a segment on the local news about upcoming plans for “Joshua’s House Hospice”. The report said that JHH will be the state of California’s first and only hospice shelter for the terminally ill homeless. The plan is to open in early 2021 in Sacramento, CA. With 20 beds, it will be one of only eight such facilities in the entire United States. Joshua’s House’s mission is to create a loving, supportive, home-like environment, where the terminally ill homeless can pass with some dignity and avoid dying on the streets. They will be provided meals, clothing, companionship, art, and music therapy. Talk about filling a need! The inspiration for Joshua’s House came from Founder and CEO, Marlene von Friederichs-Fitzwater, after the loss of her grandson, Joshua Lee, who died on the streets of Nebraska in 2014 at age 34. Ironically, Joshua Lee was a songwriter, musician and poet as well. I always knew it must be terrible living on the streets, but I really didn’t make the connection that people could be terminally ill and actually die out there without any care and or attention. Could you imagine if that was you? Over the years I had pondered how my music could help the homeless situation. After seeing that segment, that’s when I had an epiphany.

DW – An epiphany, what was it, what did you do next?

DS – I had already begun to record a 9 song LP as my next project and it was nearly done. So that’s where the epiphany hit me. At that point I decided that I could press a special limited autographed vinyl edition of 100 copies of this album. Each copy will be sold for a gift donation of $100.00. Our fundraising target would be $10,000 for the contribution, payable directly to Joshua’s House Hospice. After discussing this idea with D Michaels, we both felt that it was an excellent way to help the community. As a “Do It Your Self” artist, we must find creative ways to reach the people with our music. I couldn’t think of a better way to reach the people, than by helping the people. So, I googled JHH and gave Marlene a call along with my pitch. She loved the idea and welcomed the contribution.

DW – Have you set a release date for this Album?

DS – Yes, On the Other Side of the Window will be released August 31, 2020 on Territory Three Records! This special vinyl edition release will also be available for download purchases and or streaming at multiple internet hubs such as Spotify. As we speak, DannySchneider.com is being completely redesigned in support of this project. That is where those interested can show their support and pick up a copy. There will also be a link to JoshuasHouseHospice.org for those that would like to learn more about our efforts.

DW – This sounds exciting and very heart felt. What would you like to accomplish with this fundraising campaign?

DS– I guess you could say I have two goals. One, raise $10,000 for Joshua’s House Hospice and two, inspire others to find their own special way of giving. Proceeds from the donations for this album are to help the facility with daily expenses and construction costs. More importantly, I’m hoping that this effort becomes contagious and it inspires others to find their own way to give back.

DW – How would you describe your music on this release?

DS – I would describe it as light rock. Though I primarily consider myself an electric rock guitar player and singer, there is actually very little electric guitar on this album. I had fun choosing songs from my catalog and then orchestrating them with producer D Michaels. So, there are horns, Hammond B3, electric piano, all kinds of fun stuff. I think if you like light, simple, upbeat rock, you will enjoy the music on this album. I really hope that it perks everyone up and makes them happy!

DW – Is there any story or significance to the title “On the Other Side of the Window?”

DS– Yes, for sure! The LP name comes from a song on the album of the same title. I guess there is a bit of synchronicity with the Joshua’s House project and the song. On a dark and very cold rainy night I drove to the grocery store. After shopping, it was still raining and very windy. As I hurried to my car, I ran past homeless woman and her child. They were tightly huddled right up against a Coke vending machine! I whispered to myself, “My God, they’re protecting themselves from the wind and rain and trying to get a little warmth radiating from the vending machine!” It made me feel terrible. Like most people, I didn’t know what I could do. I just kept going. I couldn’t stop thinking about them all the way home. When I was warm and safe and tucked away securely in my apartment, I looked out the window. The storm had gotten worse and the wind was making a whooshing sound. It was then that I began writing the song, The Other Side of the Window”.

DW– Excellent insight into the song. Did you write all the songs on this album?

DS – Yes, I wrote all the songs. Some are brand new. Some go back a while and I just freshened those up. Even though I enjoy collaborating and writing with other songwriters, I decided that it would be best for me to be the sole writer on this effort. Every song on the album comes from me, my words and music. It all comes straight from my heart!

DW – Is there any story behind all of the flamingos that are on the back of your album cover, photos and other promotional materials?

DS – Yes, I’ve always been fascinated with psychology and human behavior. I was reading an article on the subject of branding. The author of the article was describing logos, slogans and mottos, things like that. Another subject he was very excited about was mascots. As examples of memorable mascots, he reminded the reader of Frosted Flakes – “Tony the Tiger”, “Bob’s Big Boy” and of course everyone’s favorite and the most famous of all: “Mickey Mouse”. He further explained how people can create a positive association with you and or your product by using a mascot. It’s also another way for people to be reminded of you as they go about their lives. It makes your business more personable. So, I thought, mmm… what could Danny Schneider’s mascot be? After brainstorming numerous animals and objects, I settled on flamingos. I like flamingos. It seems just about everyone likes flamingos. I haven’t come across anyone yet who has said to me, “Dan, I hate those flamingoes!” Now people send me all kinds of flamingo related items!

DW – Are there any performances planned to support this release?
DS– Yes, of course. All purchasers of the LP will be invited to an exclusive private performance at a location soon to be announced. Myself and The Neon Flamingos will perform the album in its entirety. This event will be a great opportunity for the contributors to meet the JHH staff and see the love that is involved in this life changing effort.

DW– Where can we find you online?

DS– You can find me on Spotify, iTunes and all of the other social media hubs like Facebook, Instagram & Twitter. My five previous CD’s are available at CD Baby. On YouTube I have multiple music videos with some recent uploads of The Danny Schneider Show of Music. DSSOM was the cable program that I hosted and produced in Los Angeles, California. I may bring that back one day, as I really enjoyed interviewing music industry professionals such as Geza X (producer of the Dead Kennedy’s), George Duke (jazz piano legend), Seth Riggs (vocal coach for Michael Jackson and Barbara Streisand), PF Sloan (songwriter of Secret Agent Man and Eve of Destruction), and Ken Kragen (manager of Lionel Richie and Kenny Rogers). The program featured local music artists such as Liquid Planet, Rayko, and Klondike Karl to name a few. Now, it’s full steam ahead with this project. I first would like people to go to https://www.dannyschneider.com/ to pick up the limited-edition vinyl album “On the Other Side of the Window” in exchange for their generous gift to Joshua’s House. I hope that the idea of giving becomes contagious to everyone! 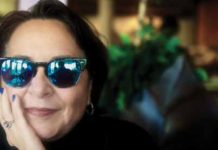 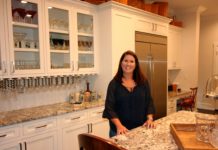